Life presents challenges and I stumble to keep up. Chronic illness continues to form the backdrop of my life, so it becomes the baseline for any actions I take. Ric and I made a commitment to our health and our community this year, and that means that I have been more physically active than usual. Since my envelope – capacity for energy – has not increased, I am called to make decisions.

Taking a break over Christmas was part of that process. Still, the emails continue to pile up and the number of unread posts becomes insurmountable. I am seeking a solution that simplifies my life once again. Here is what I’ve decided:

This forum for connecting means so much and I want to continue to grow my relationships. Would love to hear how you juggle it all.

Thanks to all who participated this week. I missed your unique insights. Nice to be back.

See you tomorrow for a new challenge!

Summer greens dig in, regale the warmth of days
while Autumn creeps, spreading reds and golds.

For Nancy Merrill’s A Photo a Week challenge: changing seasons.

We are coming to the end of a chapter. After careful consideration of finances and health issues, we’ve decided that our focus needs to shift away from travel to other matters.

There is no doubt that last year’s adventure helped improve my health, however; it was more a step up (or out of bed, in my case) and not a long-term solution. As this disease is wont to do, it fluctuates, and I can no longer deny that I am slipping backwards. I’ve spent most of the day in bed, and I know that the need to fight off depression is real.

“Let’s go for a drive and catch the sunset,” I suggest to Ric as we finish up our supper. Glancing out the window to ensure there is time, he agrees and we grab our cameras.

We pass several other motorists, pulled over at the side of the road, doing the same thing, but I urge Ric on, wanting to get back to Indian Point Park where the bridge spans the bay with Corpus Christi as a background.

He parks and I glance around, spotting the Black-Crowned Night-Heron in its usual perch. Its colour is so much more vivid in this light, and although it is hunkered in as if sleeping, I know it will be waking soon to prowl.

A loud, woodsy croak alerts me to a Great Blue Heron passing overhead, drawing my focus back to the water’s edge where it has landed. The sun is quickly slipping below the horizon and so I return to the intended task.

One last bird catches my attention as we exit the park – a late forager, like myself, hoping for the final catch of the day.

Next step: prepare the motor home for sale. Know anyone who wants to buy one, still warm with the memories of the past two years?

At fifty-nine, I felt quite certain that I knew myself, that I had accomplished, defined and established.  It seemed that illness had dictated a framework within which my remaining time would unfold.   I had become a non-entity in my former career life, a ghost to many friends.  My children mourned the loss of their vibrant mother and settled into lowered expectations.  My husband took up a new role. Life, like a river, flowed around me while I stood still.

Life, however, has no intention of letting us settle.  It drives us through the darkness to find new light, and in the depths of our despair, my husband and I reached out to possibility and gambled on a risk.  We sold our house, and bought a home on wheels, and we set off into the unknown: reset the dial from ailing seniors to snow-capped adventurers.  In that single act of defiant deviation, like throwing open the doors of a jail cell, we found rejuvenation.

As light in darkness
transforms mundanity, so
too am I salvaged –
revelation turning back
the icy pallor of winter.

(Written for this week’s challenge: deviation.  We come together with family  to celebrate an early Christmas this weekend and then mid-week will hit the road for another chapter in our rambling life.)

Seasonal changes alter the landscape,
deep greens give over to vibrant amber,
flaming reds and oranges, and cold…

A photographer alters the light, shifts
the focus, tempers the colour and
perfects the image’s final delivery.

In the same way, I look within, search for the beauty,
adjust flaws, accept what I cannot change, and strive
for meaning, a purpose that inspires, authenticity.

At the very least, I hope to create something
that has lasting appeal, and hopefully, if only
for a moment – makes a difference….

(Lens-Artists Photo Challenge is change and/or changeable.  The original photo (featured) is of a lake in Nanaimo, British Columbia.)

“I am glad that Bill Cosby got jail time,” I state, seated across from my husband at lunch.  “I hope justice doesn’t stop there.”

My husband shifts uncomfortably in his chair.  He thought that Cosby should have house arrest.  He doesn’t say it now – he’s too sensitive for that – but he has said it before, when I wasn’t feeling so volatile.

I’ve just been to see my psychologist, and the topic of conversation has been the rage that I have been feeling over this recent fiasco in the States.

“Many women are feeling it,” she says.  “It felt like we came so far, and now we’re pulled back under.”

“I don’t know how we change it,” I carry on as Ric focuses on his food.  “As long we live in a patriarchal society, seems women are devalued.”

I understand then that he is taking this personally.

“Honey, this is not about women vs men.  This is about a culture that oppresses and has done for centuries.  The ‘old boys club’ mentality that overlooks crimes against humanity in favour of power.  Religious teachings that denigrate and incite hate – not just towards women.  Hell, there are women on the Senate who are turning their backs against the abuse and voting to support the likes of Kavanaugh.”

I am too emotional to make a clear argument right now, and he knows it, so we let it drop.

“Maybe it’s better if we just don’t watch the news for a bit.”

Even that suggestion makes me mad, although I know he’s probably right.  I have no control over what is happening.

“It’s the powerlessness that fans the rage,” my therapist had said.  “There is healthy rage – that which promotes change – and then there is destructive rage.  Protect yourself in these times.”

So much of what is tolerated in society in based on unwritten laws.  On a crowded sidewalk, we move to the right.  In a bottleneck, cars from incoming lanes alternate.
When someone falls, we stop to make sure they are alright.  We are conditioned to be polite, so; when the situation crosses into lines that make us uncomfortable, we walk away.

I think it’s time to raise the bar.   We live in an age of information and the potential for enlightenment is riper than it has ever been.  Let’s set a higher standard for ourselves, people.

I am inspired today by the writings of Scarlet Virago, whose blog post, Lava, addresses the rage I have been feeling.  Please give her a read and a like.

We have a lot to talk about.  Love to hear your thoughts.

(I’ve added my poem:  Meaningful Toil to this post as I think it fits.)

Oh, to jump without fear –
a skill long passed, although
leaps of faith, I still take –
never too aged for those.

Never could accomplish a cartwheel –
coordination not amongst my skills,
but I can flip a phrase and set argument
on its head – intellect’s nerdy thrills. 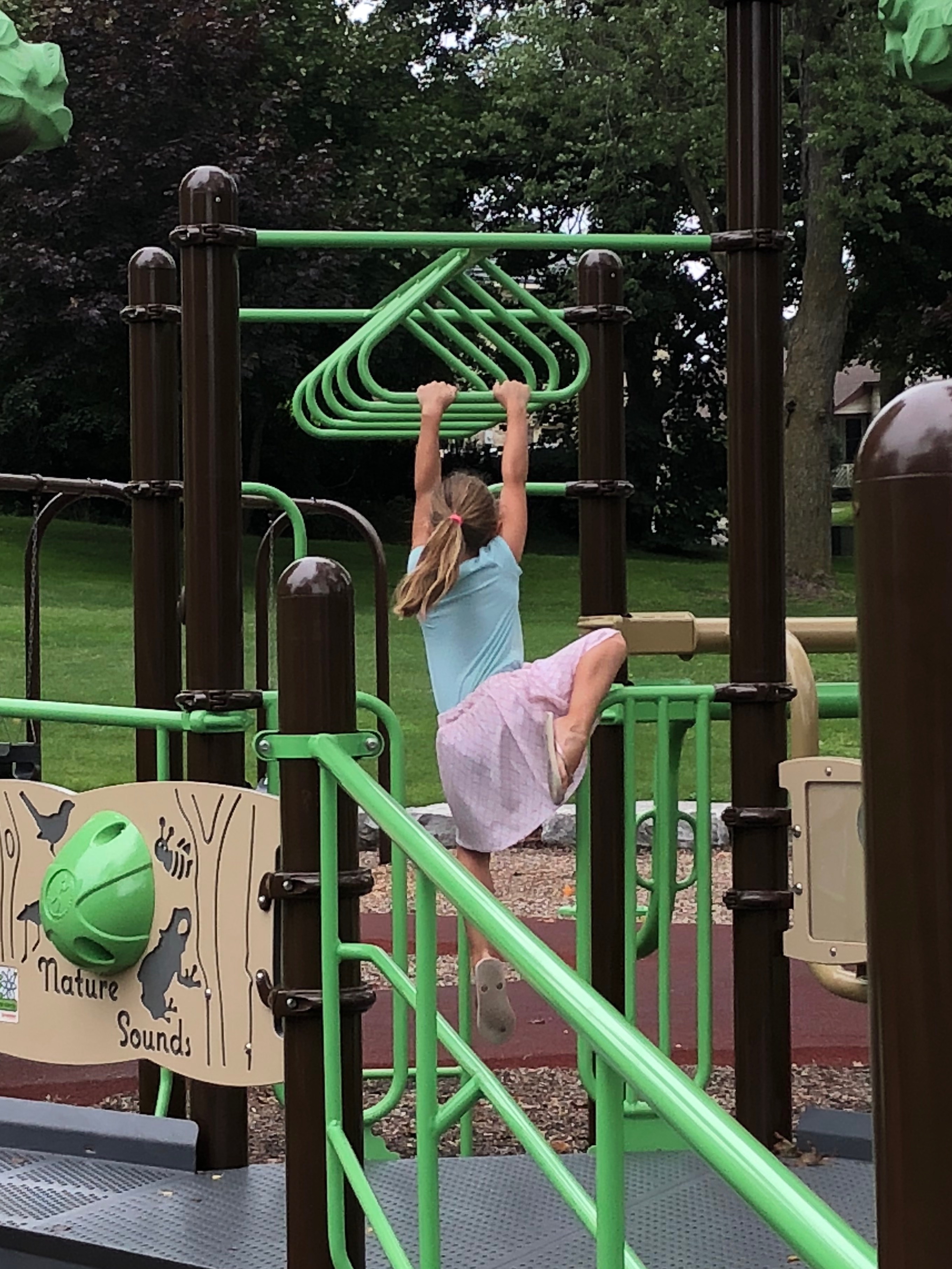 There is strength in youth, often
taken for granted – nostalgia recalls –
adopts a new perspective – action counts –
not just prowess, but resiliency from falls.

(Lens-Artists Photo Challenge is action.  Click on the link to join in.)

How Does the Heart Choose?

Set me on a lonely road and I will shine – solitude a strength And yet, I have an inner pull, a need for connection, a longing for depths of love. But what of these dreams – do relationships deter direction, and must I always wait on another? Intimacy is complicated, the route undefined, I […]