Indecision, I’ve come to realize, is where the stress lies – that place between possibility and decisive action. Four nights I didn’t sleep, juggling worries and excitement. Now that we’ve acted, put pen to paper, I am able to make lists, and start the packing process. Exhaustion invites sleep.

“Necessary but worthwhile,” he reminds me.

Yes. In the end we’ll be happy we did it. And once we sell this house then the fun decisions come: What colours to paint? What kind of window coverings? Where to put the furniture?

The focus this week was decisions, and as always, the contributors inspired me with their posts. Check them out if you haven’t already:

(If I missed anyone, please let me know. Not all links are working for some reason.)

See you tomorrow for a new challenge!

“This is a lot of stuff to remember, Grandma!”

Seven-year-old Sloane and I are making a Zentangle. She’d tried to copy my work on her own with no success, so I’m teaching her step by step.

“That’s why we keep practicing.”

“Do you mean perfect?”

“No permanent. That’s what my teacher says.”

You can use it too!

We’ve had an interesting week of considering how habits play out in our lives, as witnessed by these titles:

Please also visit the original post to read some of the comments.

Thanks all! See you tomorrow for a new challenge!

Joseph was eighteen when I first met him, a hulk of man with dark eyes that always glanced away, and a permanent hunch, like a cowering animal. He didn’t communicate verbally, but with patience and a steadying touch, could type out his thoughts, if the mood struck him. Some days he would pace and flutter his hands, in a rhythm only he understood.

I trust your intuition, was his first message to me, a confidence I didn’t share, but it was a start.

We met once a week, sometimes to “talk”, sometimes to walk, or go for a drive, usually to his favourite restaurant. Some days we met with a circle of others to meditate, and share stories.

At one of these gatherings, as I led the group in meditation, Joseph came to stand behind me and put his hand on my shoulder.

“Can I ever be whole?” His voice was stilted, unfamiliar.

“I’m sorry, did you say something, Joseph?” All eyes raised.

“Can I ever be whole?” he repeated.

Not sure if it was the miracle of Joseph’s speech, or the nature of his question, but tears came as response.

Joseph patted my shoulder, as if to say: “Not your fault”, and the room fell into stunned silence.

Later, in privacy, I asked Joseph how I can help him be whole. He typed:

“You see me as whole. Hold that vision in your heart and I can succeed.”

Today’s challenge was inspired by Paul Vincent Cannon’s poem, To Be Made Whole. I have not thought of my friend Joseph, nor his wise words, for sometime, so I thank you for that Paul.

All are invited to participate using whatever format of expression you wish. Just remember to link back here so we can all find your work.

Look forward to your responses.

Cee challenges us the week to consider our subjects, in black and white, from the back. I find the pattern of a bird’s feathers is highlighted from behind.

Caught these two riders as they road past in Arizona.

Can’t get enough of these two lovelies. Had to include their sweet backs.

There is no describing the thrill. I packed a hasty bag and drove the hundred kilometres in record time, scooping up that little bundle immediately on arrival. Her little tongue moved in and out rapidly as her gazed fixed on mine. I could tell we had so much to catch up on.

A year later, I would be present for the birth of another granddaughter, and then a third would be arrive.

Being a grandmother is the blessing jackpot!

Best of all – there are more to come. 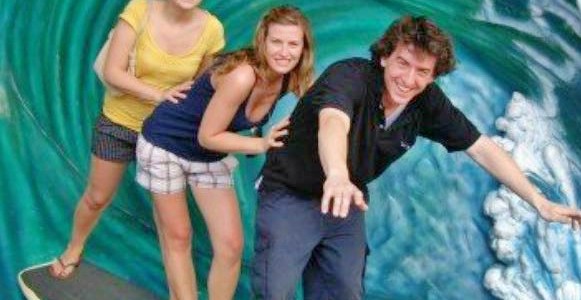 Recent upheaval has plummeted me into a dark space, where I am not willing to settle. Depression has followed me throughout life, and while I acknowledge it has a place, I am not willing to let it drive. I learned long ago that the only way for me to counter the clouds is to be cognizant of my thoughts and adjust focus.

So, I have decided to dedicate Thursdays to acknowledging my blessings.

Where better to start than with those three little miracles who have inspired me to be a better person, and given me the strength to never give up: my children.

As they are not crazy about me taking their pictures, I’ve chosen some old photos, capturing ages and stages:

Being a mom is a blessing. Having birthed these three a miracle I am ever grateful for.

Seems we were missed – a heartwarming piece of information. Also seems that so much has happened in our absence –

We’ve been busy (when I’ve been up to it) catching up with our kids. Life whizzes by when you are young, I had forgotten. We were gone for five months, and yet it seems like a lifetime in some instances.

“Do you remember me?” I ask the youngest (soon to be three).

She shakes her head, clinging to her mother.

“I’m your mommy’s Mom,” I tell her. She shakes her head, but looks at her mom, who nods in agreement, then throws her arms out for me. Instant reconnection.

Nothing fills my heart my more than children, especially grandchildren.

So, if I have been a little light on the posts lately, it’s because I’m filling up….and then, napping.

Rain has been threatening all morning, but I’m anxious to get outside, so the compromise is to drive to the end of the street and see if anything is happening.

An osprey is on the ground in the middle of the parking lot. Rolling down the window, I snap some photos. The bird doesn’t budge, which surprises me, but he does give me some fierce looks. He must be guarding a prized find, maybe lunch.

I also catch this snowy egret, perched on a post and huddled against the wind. He too, ignores my lens, and as he turns his head, I get a good closeup of that feathery mane.

Across the canal there are four pelicans, resting. Their heads have taken on a shade of red, which I can only assume is breeding plumage, as I’ve noticed a few birds are sporting new colours. As I raise my lens, a dolphin swims by. I decide to get out of the car for a closer look.

Groups of dolphins are swimming all along the canal. I walk out onto the boardwalk and note that there are more across from me. They seem to be hunting in the area, so determining where they’ll surface next isn’t easy, but I do manage to capture a few. Some boats go by, and the dolphins pop up to greet them to the delight of all of us.

At one point, seven dolphins are gathered in the waterway just in front of me. A boat arrives and after it passes, I wonder where the dolphins have gone, and then the emerge – two swim upstream, two go in the other direction and three pop up out of the water in front of me, curiosity getting the better of them.

I squeal with delight, but of course, don’t get any pictures. I wait a bit and then thinking I can’t top that experience, I head back along the boardwalk toward the car.

And then I change my mind. One more look, I think. I walk out onto the dock, beside the boat launch. A slap against the canal wall catches my attention. A pelican rights itself after being temporarily stunned.

Just as I wonder if he’d hit the wall, he rises up out of the water, and looses his bearings again. I hear a squeaky noise, like a….dolphin playing!

The dolphin is teasing the pelican, who instead of flying away, stays for the fun. Dolphin and pelican repeat the performance a few more times, until another dolphin appears and the two swim off, the pelican hurrying after them. What fun!

The rain starts, and it is cold, so I give in and leave the entertainment for now. Wonderful to have such sights in the neighbourhood.

The Colour of Change

I crave orange –not the shade of deceitoozing in political corners I seek fiery tonesthe hues of transformationthe promise beyond this cocoon. (Image my own.)