North of Toronto, Canada, there is an area of lakes known as Muskoka.  Having traveled extensively over the winter, and marvelled at many new and exotic landscapes, we return to the places of our youth with a new appreciation and respect for what we have here at home. 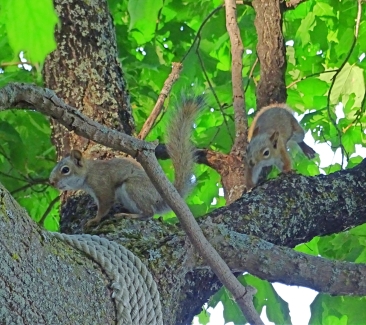 Muskoka and the Haliburtons are vacation destinations, luring visitors from near and far because of their scenic venues.  We have planned a couple of nights on Sparrow Lake visiting friends, who in their retirement have given up city life and settled here.

Ric likes to travel the back roads, through rural towns, rather than fight highway traffic.  The weather has kicked into summer early, and the scenery unfolds as a sea of green.  We stop occasionally for a cold drink, and dinner, arriving at our destination just as the day is winding down.  Still there is a preponderance of wildlife activity. 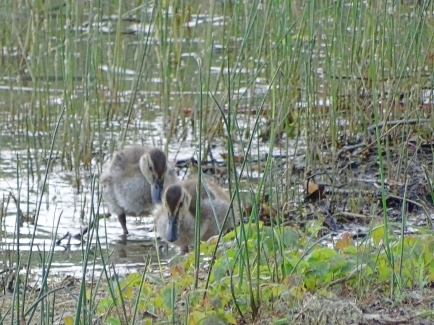 The deck on the back of their home overlooks the lake and perched in a large maple tree, offering shade, is one noisy red squirrel, who immediately captures the interest of my camera.  After much ado, his mate shows up and the two begin a game of chase, entertaining the onlookers. 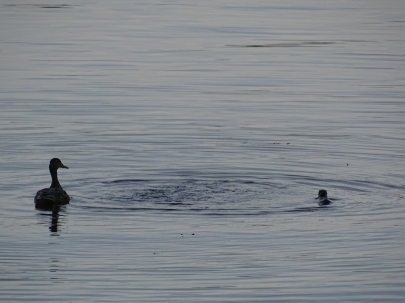 A mother mallard and her ducklings waddle in the reeds along the shore looking for dinner, and then venture into the lake for diving lessons, the sound of the their splashing joyous in this tranquil setting.

Further out in the water, an otter is hunting, its head breaking the surface occasionally and then the rise of its oily brown body as it dives back under the water.  I pray it doesn’t find the baby ducks, whose numbers, my friend tells me, have depreciated over the last few days. 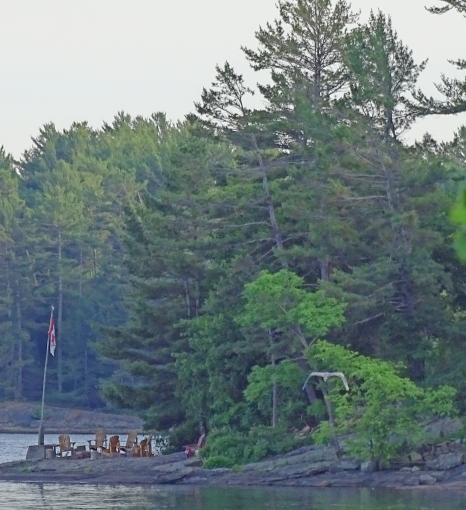 “Muskie like baby ducks,” my husband tells me, referring to the fish that inhabit these waters.

“And the herons,” my friend adds.

A blue heron flies by as we talk, and I only manage to capture its image further along the shore.

Our friends have settled in this particular spot after having acquired an island in the lake, not yet zoned for construction. 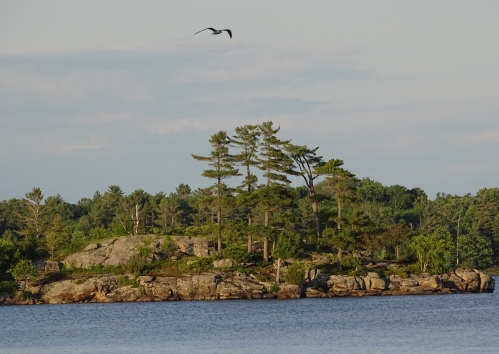 Visible from their home, the island sits proudly in the waning light.

Life here is as close to perfection as one can hope.

(All photos from personal collection.)

Shore knows repetitiontides thrust, withdraw –natural rhythm Why then should I questionstrife’s return – is it not justtide returning my load? Not as stalwart as the shoremisery bleeds onto pagetainting my ocean. (Tuesdays, I borrow from Twitter @Vjknutson. This poem edited. Image my own.)

Father taught us to fetch –What else are children for? I did not like his demeaning sneernor the way he lorded control Mother learned to ask how highwhen he snapped: “Jump!” I vowed to be differentto never let him break me But his arms were strongerand my fear real, and so From my father, I’ve […]